Canning Town Caravanserai is an incredible space right beside the Canning Town DLR, ‘architect Ash Sakula’s innovative concept for a dynamic and economically sustainable 21st Century Urban Public space.’ But so many people have been involved building and creating things there (look at this outpouring of creativity and effort), and it has been all about recycling, reusing, reimagining. There is a cafe and theatre space, tables and chairs and room for workshops and so much more. 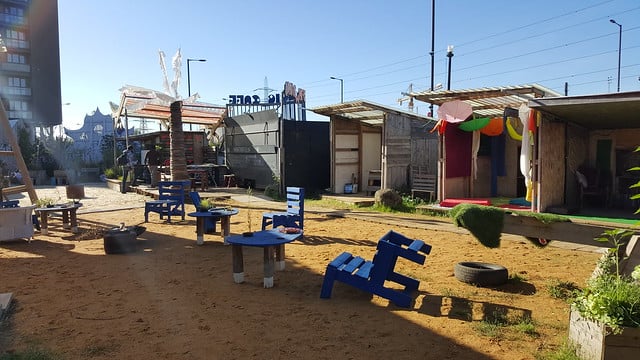 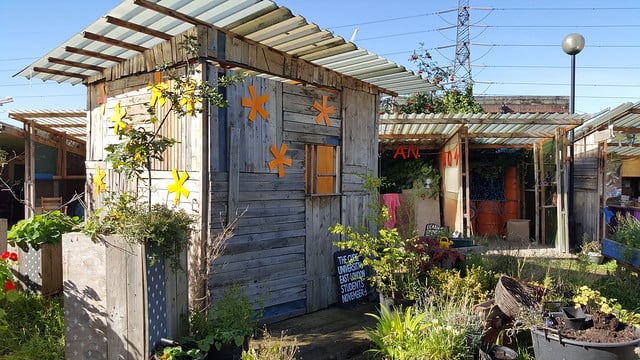 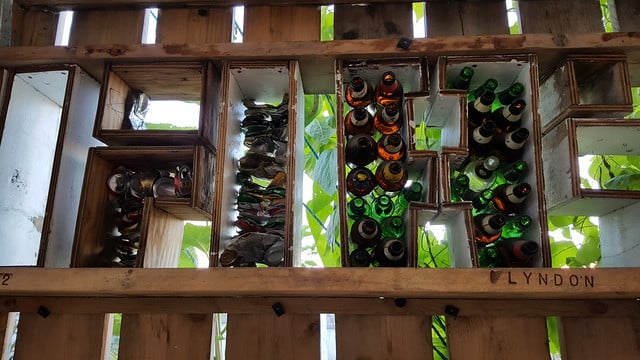 It has been up for over four years now and so much has happened here — and sadly it is all coming to an end. You should definitely get down there for the final closing down party this Saturday, September 26th and a final week of events, including two productions of Macbeth and some dancing and steel drums and more… Still, it was only ever meant to be a temporary ‘oasis-like meeting and trading post’, and its spirit will be carried on in the projects it has inspired and supported with help making and imagining things.

Like this Wednesday when Che and Makhosi helped Gabby and I build two beautiful benches that will soon sit in our yurt cafe. They are built entirely from pallets — here are some of the ones we used for our project. We hope now when you see them discarded and sitting on the pavement, you might not just walk past… 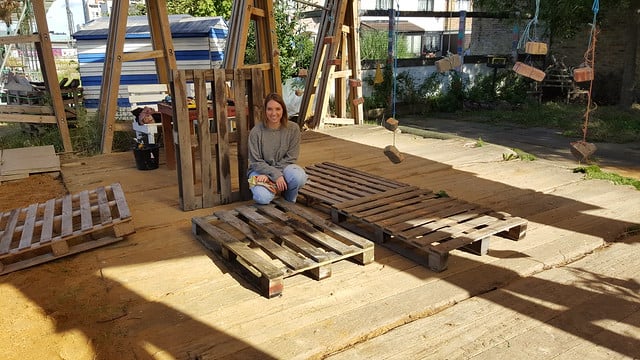 We started with a very simple design:

Which was made reality through playing with wood, bringing together pallets of the same shape and general feel (there are many varieties of pallet as you soon learn…) and thinking about ways to make it lighter, sturdier. 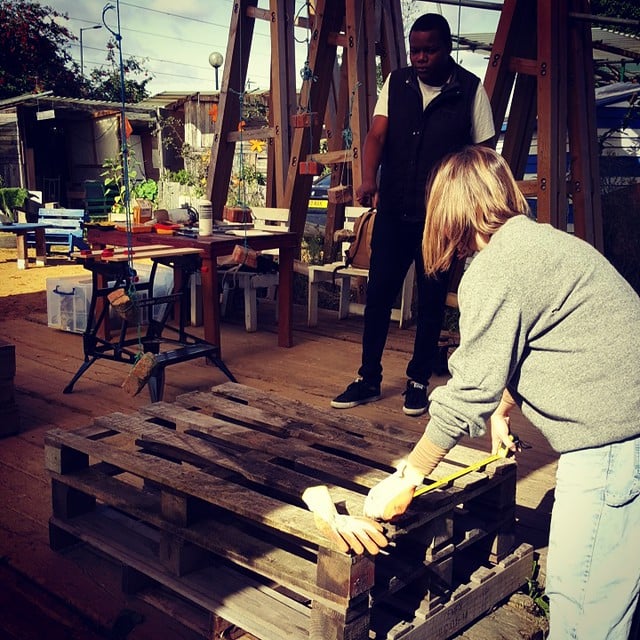 Then the sawing began — old school, and extremely beneficial for the upper arms: 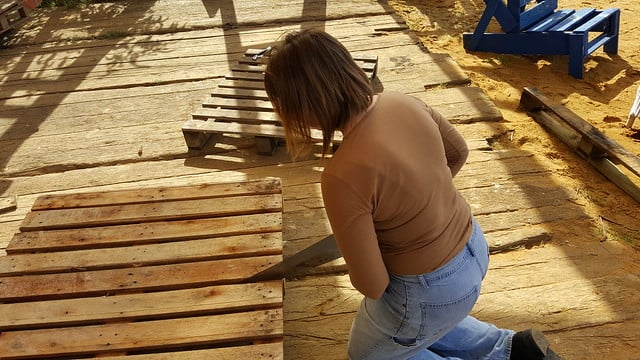 Almost before we knew it, the first bench was done…though there was some extra work in a removal of excess slats after thinking through how to build it in a way that would allow us to sand it all down and remove splinters, and then varnish or paint it — I think we’re going to do a bit of both, but in the next few weeks. 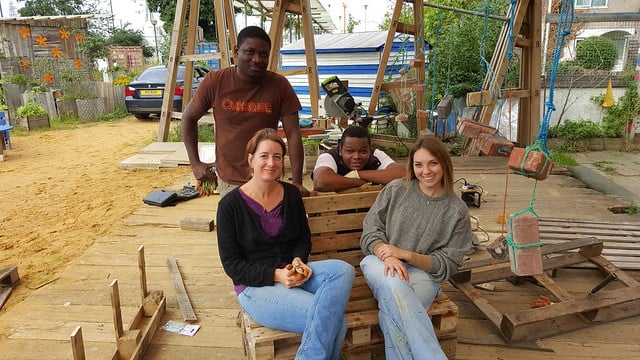 The second one came together with a little more work, because the form of the pallets wasn’t quite as amenable, and they were much fuller of rusty nails. Forests of them. This work saves wood from landfills, reduces the demand for new timber…it’s part of both the ethics and the aesthetics we hope to promote in St Katharine’s precinct. It’s not meant to stand forever, but to recycle materials and be recycled in its turn when the project is done. It does take extra time but we still managed to finish them both.

Here they are in formation, as we hope to see them in the cafe alongside the stove.

This was a wonderful project and we hope to do several more. The main lessons we took away were:

You can visit and even sit on our new benches if you head to the Caravanserai this weekend, they will provide seating for the final festivities before they come home to us.

Could you benefit from going on retreat?

Spring freshness gets us planning weddings

Dancing at the still point; the benefits of retreats

COPYRIGHT 2022 The Royal Foundation of St. Katharine | Registered Charity No. 223849